Supporting the conservation of the Salas y Gómez & Nazca ridges 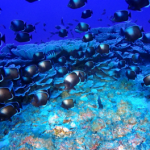 The Coral Reefs of the High Seas Coalition is a multidisciplinary alliance of partners that aims to generate the science, strategic communication, and support that is necessary to conserve coral reefs in areas beyond national jurisdiction. To date, the coalition has mostly focused its efforts on high seas surrounding the Salas y Gómez and Nazca ridges, two seamount chains that stretch across over 2,900 km in the Southeastern Pacific. Isolated by the Humboldt Current and the Atacama Trench, this region is home to one of the most unique collections of biodiversity on Earth. For many groups of organisms, nearly half of the species are endemic to the region and found nowhere else on our planet. Not only is this region a biodiversity hotspot, it is also culturally significant as Polynesian and others have recognized its importance for centuries.

Last year the coalition published several scientific studies that highlight the natural and cultural significance of the Salas y Gómez and Nazca ridges, including:

Collectively, these scientific assessments underscore the importance of protecting the high seas surrounding the Salas y Gomez & Nazca ridges, which represent the largest and most threatened portion of the ridges. This could be achieved by:

Greenpeace global efforts in the run up to IGC4 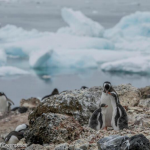 In early January, Greenpeace’s ship the Arctic Sunrise set sail to Antarctica. On board were a team of scientists from Stony Brook University, who joined to conduct groundbreaking research on remote penguin colonies, many of which have never before been surveyed, in order to assess the impacts of a rapidly changing Antarctic on this important species.

Within a few days, the scientists  discovered new penguin colonies not previously known to science.

The Arctic Sunrise travelled on to the Weddell Sea, where the scientists found that vast colonies of Adélie penguins have remained stable in the last decade, providing vital new evidence that these areas remain a climate refuge for Adélie penguins, a sentinel species.

The findings add more weight to the theory that the Weddell Sea may provide an important shelter for wildlife from the worst impacts of the climate crisis. The Weddell Sea is the site of a vast proposed Marine Protected Area (MPA), first proposed nearly a decade ago by the Antarctic Ocean Commission (CCAMLR), and has not yet been delivered.

A window to Antarctica – giant portal appears in London

On January 24th, a giant portal (4m tall and weighing almost 4 tonnes) appeared in Trafalgar Square, London, broadcasting live from remote penguin colonies in the Antarctic Peninsula and bringing the remote and fragile Antarctic straight into the heart of a bustling city over 8,000 miles away.

In February, giant ocean creatures, hourglasses and direct communications popped up around the world. Almost 5 million people globally are asking their governments to take ambitious action to agree to a High Seas Treaty. Eleven Greenpeace offices around the world (and counting) delivered this petition[PRK1]  to their governments, stepping up the pressure as the UN negotiations taking place in New-York from 7-18 March. 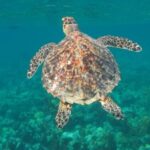 HSA has released its Spring 2021 Newsletter. To find out more about what the High Seas Alliance and its members are up to, click here. 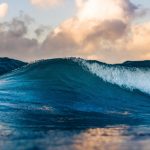 Over 100 participants from 20 governments in the Middle East and North Africa region came together in January 2021 to discuss the urgent need for increased ocean protection to combat the escalating climate crisis and dramatic biodiversity loss worldwide. The virtual regional workshop was convened by the International Fund for Animal Welfare (IFAW) and supported by The Pew Charitable Trusts. The workshop outlined the benefits to people and the planet of an ambitious target to protect at least 30% of the planet’s land and sea by 2030 and the critical importance of a robust new High Seas treaty to deliver that goal.

END_OF_DOCUMENT_TOKEN_TO_BE_REPLACED 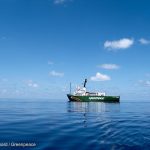 Greenpeace ships Arctic Sunrise and the Rainbow Warrior are currently voyaging through the high seas of the Indian Ocean and the Pacific: crucial battlegrounds against destructive industries, home to unique ecosystems and surrounded by coastal communities that a strong Global Ocean Treaty would help protect.

END_OF_DOCUMENT_TOKEN_TO_BE_REPLACED 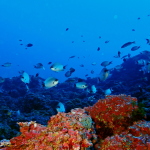 To inform UN negotiations for a new International Legally-Binding Instrument for the conservation and sustainable use of marine biodiversity in areas beyond national jurisdiction (BBNJ Agreement) under UNCLOS, IUCN and DOSI, with support by the Swedish government, have been co-hosting a series of knowledge-building webinars on relevant themes. This effort is aimed at fostering momentum during the extended intersessional period of the negotiations, imposed by the COVID-19 pandemic. The overview and video recordings are available below.

END_OF_DOCUMENT_TOKEN_TO_BE_REPLACED 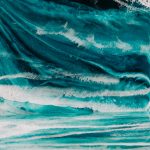 END_OF_DOCUMENT_TOKEN_TO_BE_REPLACED

The Latin American region’s positive leadership has been tangible towards the final phase of the negotiations for a new legally binding BBNJ Treaty.

In this context, High Seas Alliance representatives supported a webinar on capacity building and the transfer of marine technology hosted by Honduras and El Salvador on March 23rd, 2021. HSA provided support towards the organization and experts’ selections, as well as interpreters to facilitate the discussions between the participants and the experts.

END_OF_DOCUMENT_TOKEN_TO_BE_REPLACED 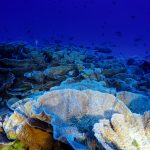 In April 2021, the Coral Reefs of the High Seas Coalition launched its website. Coral reefs are widely regarded as one of the top conservation priorities globally, as these ecosystems harbor extraordinary biodiversity, provide many human benefits, and are highly vulnerable to impacts. While most of our knowledge of these critical ecosystems is derived from studies on nearshore reefs, coral reefs have also recently been documented on the high seas in many locations around the globe.

END_OF_DOCUMENT_TOKEN_TO_BE_REPLACED 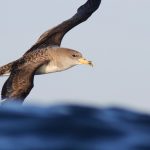 An important piece of evidence came to light with this new study that reveals that albatross and large petrels, spend circa 40% of their time in areas beyond national jurisdiction. The study combined over ten thousand movement tracks from 5,775 birds to estimate the relative year-round importance of national jurisdictions and high seas areas for 39 species of albatross and large petrels.

The results show that the high seas constitute the most important at-sea area for these birds globally, and in every ocean basin, indicating that effective management of international waters is of common, global interest. The study also reveals that all species regularly cross into the waters of other countries, meaning that no single nation can adequately ensure their conservation.